Belgium, Holland and Switzerland are three small European countries that appear very different from each other. Belgium and Holland are characterized by sea level landscapes and cities with a prestigious and rich mercantile past, while landlocked Switzerland is a paradise for alpine scenery lovers. Actually, these countries have some common features that account for our choice to present them to you under one heading, the Boutique Countries. You can travel very easily within and between these countries because of their small size and when you make your way from one city to the next you will discover that all three are marked by distinct language regions, ranging from French to Flemish, German, Italian and Frisian.
Here the quality of life with refined order and punctuality achieves definitive standards of excellence, and daily life in all its forms is a very enjoyable reflection of that. Visiting Belgium, Holland and Switzerland is like entering a very exclusive luxury boutique. Here you will be treated with special care and you will feel very comfortable while enjoying its excellences and delights.

Travel to Belgium to enjoy its rich arts and flavors

Travel to Belgium, a beautiful country which reflects both modern and old aspects. Bell towers and palaces scattered around the country are symbols of their wealthy mercantile past. The capital of Brussels is home to the European Parliament and boasts perhaps the most amazing square in Europe, the Grand Place, overlooked from a short distance by the famous Manneken-Pis (literally the pissing baby) bronze sculpture, symbol of the city of René Magritte that captures the ironic spirit of its inhabitants. Flanders is the most surprising region of Belgium: Bruges and Ghent with their marvelous old towns are surely not to be missed; Antwerp is the city of Baroque artist Peter Paul Rubens and the world capital of diamonds. Belgium is the homeland of comics, chocolate pralines, a typically Belgian sweet invention, and Trappist beer, which has its roots in thousand-year old abbeys.

A trip to Holland is a perfect healthy vacation

Like Belgium, Holland is a mignon country and has always been considered in close relation with its neighbor, particularly because of their shared languages (Dutch is also understood and spoken in Flanders). Holland is the country that has always struggled to wrestle the land from the sea and almost half of its area lies less than one meter below sea level (its real name, the Netherlands, is in fact not a coincidence!). In the land of windmills (lot of them still working), channels and the red light district of Amsterdam, some free customs (illegal elsewhere but here they reveal perfectly the liberal spirit of the Dutch), coexist along with an efficient and productive pace of life, ranging from the production of tulips to diamond cutting. Another must in your trip to Holland is biking around historic towns such as Delft, known worldwide for its blue pottery, or along the rural pathways. Every Dutch person has a bicycle and here the number of bicycles is double that of cars! The names of Dutch masters such as Rembrandt, Vermeer and Van Gogh are known world wide, and in Amsterdam alone you can visit over two hundred works by the famous Impressionist painter.

A Switzerland tour is a mix of nature, relax and stereotypes

The essence of Switzerland always holds true: a fairy-tale country where you can see mountains from any point where you look up on your Switzerland tour. The whiteness of the valleys and mountain peaks, the order and cleanliness of city streets, the organization and efficiency of its people are indeed all stereotypes but they are true. It is a country where the fusion of German, French and Italian cultures over centuries has given shape to a new and strong national identity. The wonderful small Swiss towns located along lakes and rivers seem to be made just for enjoying a relaxing vacation. Your gaze will wander along the horizon of natural landscapes, while walking the streets of Geneva and Zurich, the cultural and financial hearts of the country, or while enjoying the lake atmosphere at Interlaken and Lucerne. Finally, remember that Switzerland is famous for its chocolate, Emmenthaler cheese and watches. The adage about “Swiss precision” is indeed synonymous with the high standards and consistent quality of this country. 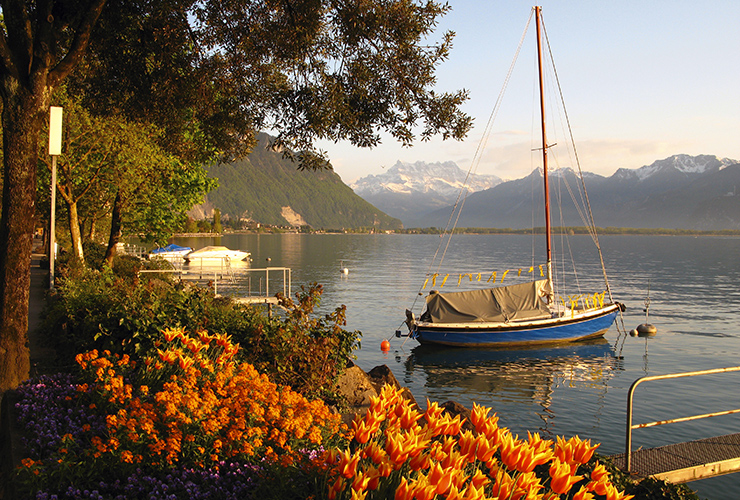 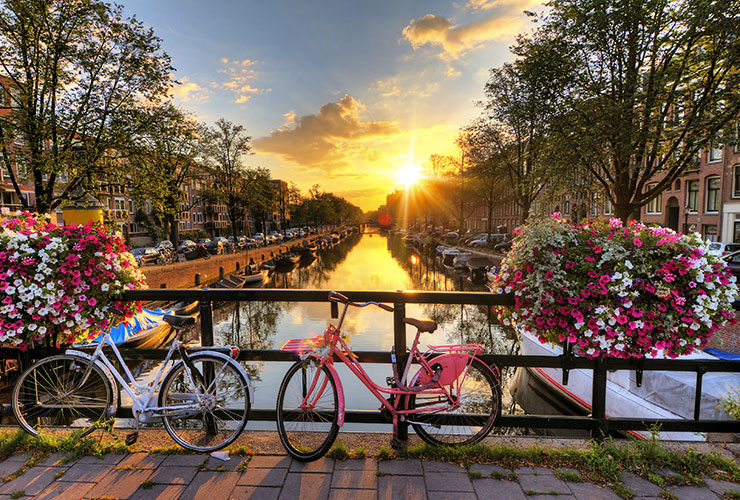