The UK is a magical country, where the charm of ancient and mysterious traditions is still alive, while big cities such as London are the symbol of modernity on the European continent. The UK can be anything from a walk on the moors to a beer in a Dublin pub, a vacation in Edinburgh as well as a journey to the castles of Scotland or Wales! The official name is The United Kingdom of Great Britain and Northern Ireland.

Travel to London and feel the royal atmosphere of UK

Travel to London and UK, one of the most interesting countries in the world. Though being a monarchy, it is able to constantly renew itself with style, influenced by the hundreds of nationalities who now describe it as their own country. London is a metropolis that differs from all other areas of the UK and presents a very special case in point. Multiethnic and futuristic but also conventional, the city is a must for those visiting this country. London is also a great starting point for visiting Windsor Castle and the monoliths of Stonehenge, the city of Oxford and the romantic Lake District.

Travel to Scotland from Edinburgh to dramatic Highlands

Travel to Scotland and visit Edinburgh, another fundamental stopover in the UK. The capital of Scotland is a city full of charm that has inspired writers of every age. It is a learned and tidy city. Its well-preserved old town is so enchanting that Edinburgh was chosen as one of the favored production locations for the successful Harry Potter series thanks to its magical atmosphere and charm.
From here you can start exploring Scottish Highlands, visiting Eilean Donan castle, one of the most recognized castles in Scotland, and Glencoe, the most scenic and romantic glen of the country. A trip to the Isle of Skye is not to be missed: there you will see the typical colorful village of Portree and enjoy the amazing scenery of the Fairy Pools in the middle of the Glen Brittle forest.

A cultural travel in UK can be a highly appropriate suggestion. The culture of the UK is one of the richest and most important in the world. UK is homeland of Shakespeare, Wilde, the great theater tradition, the masters of literature such as Chaucer, Dickens and Arthur Conan Doyle just to name a few. Think also about the many castles and the marvelous residences of aristocracy; museums, art galleries and archeology.

The Union Jack, its meaning and other British traditions

If you want to know the essential milestones of the UK’s history look at its flag, the Union Jack. It is the symbol of the union of different nations within Great Britain. It is a composite design of the Cross of St. George (England’s flag), the Cross of St. Andrew (Scotland’s flag) and the Cross of St. Patrick (Ireland’s flag). These crosses are each named for the patron saint of each nation. The Welsh dragon was not incorporated in the Union Jack because the Princedom of Wales already belonged to England when the first Union Flag was designed in 1606.
The UK is an attractive and different part of Europe. Just cross the English Channel and discover a culture so different from both the Mediterranean and the continental European ones. Enjoy a cup of traditional Earl Grey and try to understand the typical dry British humor during your memorable vacation in the UK, often a new world, full of surprises and uniquely its own (be aware: driving is on the left of the road!). 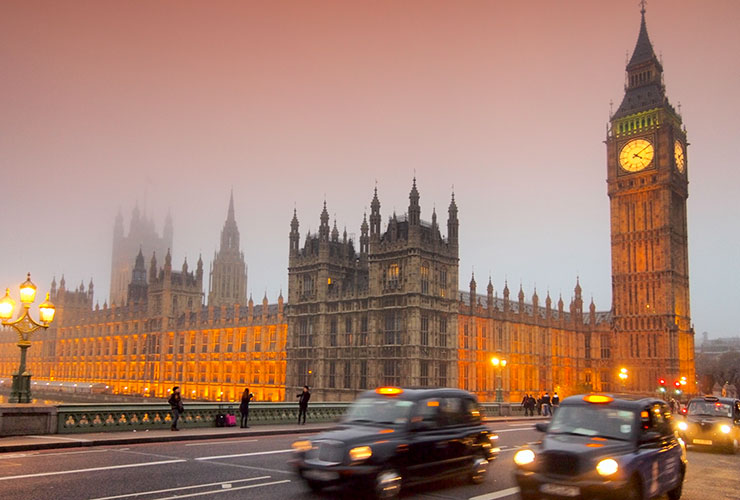 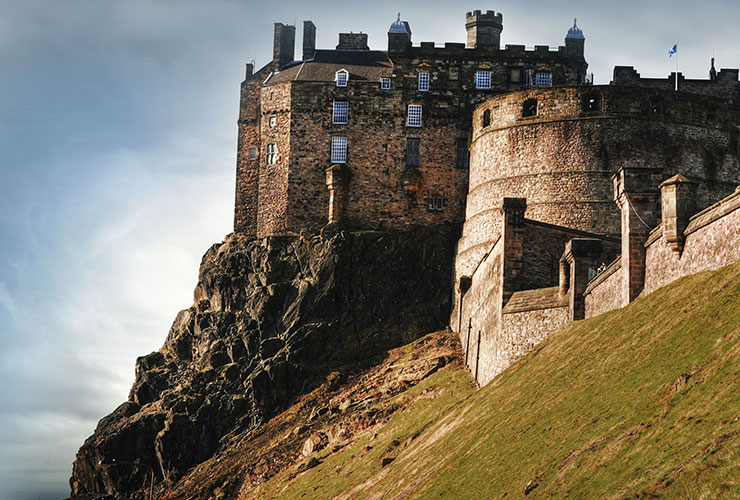